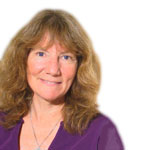 Water motion is a critical factor driving the ecology and evolution of marine life. It mixes vertically and transports horizontally organisms, nutrients, particles, oxygen and wastes. Most bottom-dwelling organisms experience ?boundary-layer flow? (affected by bottom friction). They may exploit it, avoid it, or have no choice. This flow region has been my laboratory. The research has focused primarily on larval settlement (substrate colonization), the stage most vulnerable to flow and critical in an organism?s life cycle. With fervent interest for over three decades, I was among the first to stir the hydrodynamics pot. This research showed how flow and behavior interact to distribute larvae in the water column and deliver them to suitable habitat. In all modesty, these contributions changed the field forever. Recent research (described below) implicated organic-rich flocculated particulates (?flocs?) as a way station (food, shelter, transport) for settling larvae ? an intermediate substrate in the settlement process. Flocs could play a critical, yet unsung, role in structuring species distributions.

Fluid dynamics affects a myriad of biological processes in the sea, and I have contributed in the areas of food consumption, organism distributions (shallow water, deep sea), biology/sediment-transport interactions. Sadly, graduate students now show little interest in physics-biology interactions in the marine environment. Perhaps other universities are like UCLA, where undergraduates receive no education in boundary-layer physics, the sub-discipline most relevant to a wide range of biological processes. Thus, I have expanded my research horizons in two areas. The first topic is ?neuroecology and molecules of keystone significance? (described below), for which I have played a disciplinary support role (fluid dynamics, larvae, editing). The second study is on the ecology and behavior of Australian soldier crabs (described below). Adult soldiers travel on the sediment surface in dense aggregations (?herds?, ?droves?), and this research determined the mechanism for initial drove formation.

Zimmer, C.A., and R.K. Zimmer., "Migration and resource exploitation in soldier crabs: A mechanism for initial herd formation", Journal of Zoology, in preparation : - (2016) .