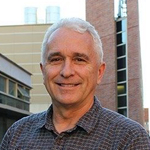 I am interested in improving the scientific basis for conservation programs to preserve biological diversity. Many approaches in conservation are not sufficiently evidence- and science-based, often relying on personal experience or conventional wisdom with little or no connection to theoretical or empirical work on the evolutionary ecology of the organisms to be conserved. For example, many criteria for prioritizing regions for conservation are based on relatively simple indices such as the number of species in the area or degree of perceived threat, so-called “hotspot” approaches. These approaches often fail to capture essential evolutionary and ecological processes that promote and sustain biodiversity over time. Moreover, the hotspot approaches are static and do not acknowledge the tremendous challenge that global climate change poses for predicting where species will need to relocate, and how quickly. My group is engaged in a relatively new field called “niche modeling,” which takes data on the ecology of organisms targeted for conservation efforts, defines the biotic and climatic envelopes characterizing their current geographic distribution, and then projects the likely changes in species ranges under various climate change scenarios. If these are done for a multitude of species with overlapping requirement a picture emerges of what to expect for entire communities of plants and animals. This is particularly important but difficult in the tropics, which are expected to face novel climates in this century that they have not experienced in at least the last 10 million years. We have developed niche modeling methods that we hope will allow conservation decision makers to map not just the patterns of biodiversity, but also the processes that will produce and sustain it under changing climate regimes predicted for the near future.