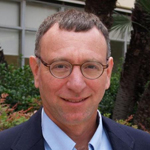 I am fascinated by animal behavior, and I have been studying behavior in a population of yellow- bellied marmots at Rocky Mountain Biological Station for many years. One long-standing question we have been attempting to answer in marmots is: how is the size of marmot groups regulated? These are social animals that live in extended family groups, but not all the kids can remain at home. There aren’t enough resources and presumably there is value in dispersing to avoid inbreeding. But not all the kids leave home; generally the sons disperse, but not all of the daughters. Recently, my students and I asked, what is different about daughters that leave versus those that stay home? We tested the “social cohesion hypothesis,” which says basically that “animals that play together stay together.” Remarkably, this idea has never been properly tested in the 30 years since it was proposed. We found that daughters that stayed home had more social interactions with more of their extended family members than did daughters that dispersed. Interestingly, it did not matter much whether the interactions were positive or negative, so long as there were more of them. We don’t yet know the reasons why females differ in their social interactivity. This question is interesting in relation to offspring dispersal in traditional human societies. Typically it is daughters that disperse more than sons, but it would be interesting to know whether there is variation among offspring that disperse or stay at home in terms of how socially interactive they are with their extended families.