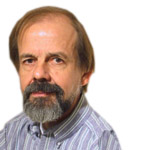 Biodiversity. While large sums of money are being spent to look for life on Mars, the fact is that there are literally millions of species of living organisms here on Earth that are still unknown to science, either not yet found in nature or sitting in museum collections of insects and not yet studied by scientists. I know because I have been studying and collecting insects for 6 decades and have hundreds of undescribed species of beetles in my working collection. In what is left of my life I am trying to make some of these insects known to science in two areas:

Taxonomy and ecology of leaf-mining beetles: In addition to describing species, I am reporting new information about plant hosts and other aspects of community ecology and biogeography. Comparisons are made among hand collecting, rearing, and passive sampling methods to evaluate the relative effectiveness of such biodiversity sampling techniques as Malaise or light trapping and canopy fogging.

Wood-boring beetles and the evolution of mimicry: The occurrence of mimicry is being looked at in terms of the biogeography as well as the ecology of the mimics and models. Some of these mimicry complexes and many of the mimetic species have never been described. Mimicry selects for similarity of resemblance (“mimetic homoplasy”) which often makes separation of species difficult and conceals cryptic biodiversity.

Hespenheide, H.A. 2019. A review of the genus Laemosaccus Schoenherr, 1826, (Coleoptera: Curculionidae: Mesoptiliinae) from Baja California and America North of México: Diversity and mimicry. The Coleopterists Bulletin, 73(4): 905-939.

Hespenheide, H.A. 2014. A reconsideration of Hylaeogena Obenberger, 1923 (Coleoptera: Buprestidae), with descriptions of a new genus and new species from México and Central America. The Coleopterists Bulletin 68(1): 21-30.