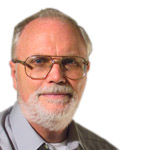 The availability of complete genome sequences dramatically changes the types of biological questions that can be posed. Instead of focusing on a single gene or a small cluster of genes, the interactions of all of the genes in the genome can be studied. If all of the genes in the genome are available, questions of integrated activities can be approached. The data provided by genomic sequences transforms the study of biological systems from a data poor endeavor to a data rich enterprise with all of the advantages that entails. We are engaged in provides preliminary data sufficient to initiate a complete genome sequencing of the T. thermophila genome. The macronuclear genome of T. thermophila is naturally fragmented into relatively small automonously replicating pieces (ARP) ranging in size from 75 kb to about 1,500 kb. These T. thermophila ARPs can be separated by zero integrated field gel electrophoresis. This allows us to isolated individual ARPs and determine their DNA sequences. This allows us to examine a tiny portion of the T. thermophila genome in great detail. This provides a data set for examining the genomic organization of the T. thermophila genome.

Monitoring the bacterial flora in coastal marine waters by conventional techniques has been difficult as most of the bacteria do not readily grow on culture plates and their morphologies are virtually identical in the microscope. Molecular techniques, particularly characterizing bacteria using polymerase chain reaction (PCR) amplification of their small subunit ribosomal RNA (SSU rRNA) genes, has dramatically improved the ability to identify bacteria from environmental samples. Identification of bacteria by PCR amplification is specific and very sensitive. However, it is exactly these properties of PCR amplification which make it difficult to determine the amount of each individual bacterial species in the population.
We have developed a protocol that will allow the determination of the amount of a specific bacterial species in a sample. This protocol is based on the co-amplification of a modified internal standard sequence along with SSU rRNA sequences in the sample. The internal standard sequences in the PCR product are identified by gel electrophoresis following restriction endonuclease digestion. The amount of a specific SSU rRNA sequence in the sample is calculated by knowing the ratio of SSU rRNA to internal standard sequence in the PCR product and the amount of internal standard sequence that was added to the original DNA sample. The protocol is very rapid and has the specificity and sensitivity of PCR amplification.
This protocol has been successfully applied in the laboratory and adapted for field application to be used as an alternative to the conventional culture plate assays for marine bacteria. A major advantage of this approach is a dramatic decrease in the time required to assay the marine bacteria from days to hours. This assay also significantly increases the spectrum of bacterial species that can be detected, virtually any bacteria can be monitored by this protocol. Thus, the assay can be used to determine the source of bacterial contamination by matching unique bacterial sequences from various potential pollution sources with the sequences present in the sample.