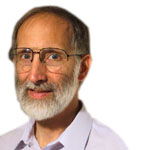 I am an ecologist. My research projects through the years have employed diverse methods and spanned diverse areas of ecology, all related in some way to the dynamics of populations. These methods and areas include field observations and experiments in intertidal and subtidal benthic marine communities, mathematical theories and computer simulations of assorted population, community, and evolutionary phenomena, and restoration of degraded salt marsh communities.

As part of the construction of a military base at Point Mugu, California, during the 1950?s and 1960?s, the U. S. Navy built a system of sewage oxidation ponds in coastal salt marsh habitat, a project widely viewed at the time as putting otherwise essentially worthless land to constructive use. Similar actions by assorted groups and individuals up and down the California coast had by the 1990?s reduced coastal salt marsh to the status of an endangered ecosystem and established several of its plant and animal occupants as officially designated endangered species. In recent years, increased public appreciation of this ecosystem?s intrinsic value has awakened the Navy?s present strong sense of environmental stewardship, which in turn has inspired restoration of the Point Mugu sewage oxidation ponds back to salt marsh habitat. The practical problem the Navy now faces is what to do with the half meter thick layer of heavy metal-contaminated sewage sludge that presently blankets the entire sewage ponds area.

My research, pursued collaboratively with Dr. Richard Ambrose of UCLA and several of my and his graduate students, examines the possibility of using this sludge as fertilizer in salt marsh restoration by mixing it with the underlying sewage ponds? clay liner. This procedure has a potential environmental benefit and a potential environmental cost. The potential benefit is that organic matter in the sludge might increase growth and vigor of salt marsh plants growing in the otherwise poor soil of the area. The potential cost is that heavy metals in the sludge might both poison local salt marsh plants and animals and also contaminate the larger marine environment.

To evaluate plant survival and growth, we have completed two growth experiments. The first, involving plants growing in pots containing assorted sludge-soil mixtures, established that this sewage sludge does not kill salt marsh plants but also does not stimulate growth. The second, a one-hectare pilot restoration involving plants growing in large unlined plots containing sludge-clay mixtures, produced the same results, demonstrating that sludge fertilization fails to stimulate plant growth even outside the artificially confined environment of a pot.

We are currently evaluating metal contamination both by examining metal uptake by assorted salt marsh and mudflat plants and animals and also measuring metal concentra-tions in water and sediment that passes from different size restoration sites into the tidal creeks that flow into the larger marine environment.

Most of this salt marsh work has not yet been published, but a full account of the potted plant experiment [link] will soon appear in the journal Restoration Ecology.

LIGHT USE AND COMPETITIVE COEXISTENCE IN VASCULAR PLANTS

Most land plants obtain their energy from the same source, namely sunlight, and consequently all plant species that live together in an ecological community necessarily compete for this single essential energy resource. Since plants lack the rich opportunities for energy resource partitioning that animals enjoy by virtue of their widely varying diets, it is not immediately clear how different plant species manage to coexist. Why is it not true that some one plant species, through particularly vigorous vegetative growth, simply monopolizes all available sunlight, shades out all competitors, and ultimately forms an unbroken monoculture throughout the community in which it lives? That is, how is it possible that so many plant species can coexist in natural communities even though they all exploit one and the same energy resource?

Numerous explanations for plant competitive coexistence have been proposed. Most rely on variation through space in the physical habitat, disturbances or other changes through time in the physical habitat, or herbivory. Most such postulated mechanisms probably do apply widely, but they cannot explain coexistence of plant species that lack abundant herbivores and occupy habitats that remain relatively constant through space and over long time periods.

In collaboration with Mr. Andrew Nevai-Tucker, a Mathematics Ph. D. student I co-advise, I am investigating another possible mechanism that requires neither habitat variation nor herbivores. It examines consequences of differences in light capture and energy use by plants with different growth forms. To understand the idea, consider two hypothetical plant species, one tall and one short. Where these grow together, the tall species clearly enjoys the advantage in light capture, because its leaves intercept incoming sunlight first and consequently perform photosynthesis at a rapid rate. To secure this advantage, however, the tall plant species must devote considerable energy to growing elaborate support structures (i.e., long rigid stems) and then to supplying them with enough metabolic energy to keep them alive. The short species, by contrast, lacks such elaborate support structures and consequently enjoys considerable energy savings by not growing and sustaining them. The associated cost, however, is that when growing with the tall species, the short species must make do with the reduced light available in the understory and the modest amount of photosynthesis it can produce. The question is: can their different patterns of light capture and energy use make it possible for the tall species and the short species to experience stable competitive coexistence?

Investigating this question obviously requires examining the energy budgets of coexisting plant species populations. These budgets must include accurate accounting both of photosynthesis rates of leaves that experience light levels that prevail at different heights within the plant canopy and also of the growth and metabolic costs of assorted plant parts. Empirical measurements can supply the necessary data. To employ these data in the required energy accounting, it is necessary to construct and analyze a mathematical description of whole-plant energy budgets. Unfortunately, the mathematical structure of such models proves unavoidably complicated, and this mathematical complexity has delayed meaningful analysis of this problem by several decades.

Through extremely careful formulation accompanied by fortuitous transformation, we have developed a mathematical expression of a special case of this problem that yields to traditional mathematical analysis. This analysis, most of which focuses on implicitly defined functions, has produced the desired insight: if two otherwise identical plant species differ only in the length of their stems, then the two plant species can indeed coexist stably. More precisely, stable coexistence occurs under certain parameter values, competitive exclusion of the short species occurs under other parameter values, and competitive exclusion of the tall species occurs under yet other parameter values.

We are presently preparing these initial results for publication. Further research presently underway pursues two lines of investigation. The first is to generalize the basic model to pairs of species that differ in more ways than just stem length. The second is to adapt the basic formulation to the two most common plant species, Salicornia virginica and Frankenia grandifolia, which occur together in the natural salt marsh at Point Mugu, California, to determine whether their apparently stable coexistence arises by this postulated mechanism. This latter effort involves collaboration with Dr. Rasoul Sharifi of UCLA and Dr. Sean Anderson of Stanford University (and a recent graduate from my laboratory) who have participated in making field measurements of the various constants and functions that appear in the model.

THE SPATIAL SCALE OF POPULATION DYNAMICS IN CORAL REEF FISH

Many tropical coral reef fish species have a two-stage life cycle. The adult stage lives in close association with the reef structure, is typically relatively sedentary, and in many cases occupies the same small home range on a single reef throughout its entire life. The larval stage, by contrast, lives in the water column as part of the plankton and may drift for tens or hundreds of kilometers from its birthplace before settling and adopting the adult life style. For practical reasons, field ecologists concerned with coral reef fish population dynamics focus most of their attention on adult fish. Adults are relatively easy to count, measure, examine behaviorally, and manipulate experimentally. For some kinds of population-level questions, this focus on adults is appropriate, because the fish that any one adult encounters during its life are just the adults that live in the restricted portion of the reef the focal fish occupies. These individuals constitute a local population.

However, each such local population is ?open? in the sense that larval dispersal between reefs connects them dynamically, and it is entirely possible that local population abundance and size structure in any one particular reef area may depend more heavily on the dynamics of other populations that supply the larvae to this reef area than on events that take place in the reef area itself. That is, because of larval dispersal between reef areas, the true dynamical unit is not the collection of fish that occupy individual reefs but rather the collection of fish that occupy all reefs interconnected by larval dispersal. Unfortunately, these multi-reef metapopulations are far too large and geographically dispersed to permit the kinds of close observations and experimental manipulations that have produced present understanding of single-reef populations.

Fortunately, however, the power of modern computers makes scientific study of interconnected collections of populations possible. I am presently pursuing such a multi-population study in collaboration with Dr. Graham Forrester of the University of Rhode Island and Dr. Mark Steele of the University of California at Santa Barbara. For maximum realism, we have tied this theoretical project closely to our ongoing field study of the bridled goby Coryphopterus glaucofraenum that occupies coral reefs on Caribbean and Bahamian Islands. Our models incorporate field-based functions that describe goby birth, death, and somatic growth, and how each depends on local population density. These models concern semi-isolated adult populations that occupy either large collections of spatially separated patch reefs or different parts of a single large but very spatially heterogeneous reef. Our models address two main questions: How well do demographic rate functions measured in local populations scale up to large collections of such local populations? How does density dependence in demographic rates that act at the level of local populations regulate the abundance of individuals that occupy a large collection of such populations?

Our first modeling study [link] concerns the ?mesopopulation? of gobies that live on a collection of hundreds of identical small patch reefs separated from each other by expanses of sand that adult gobies rarely cross. Its principal conclusions are that realized demographic rate functions in the entire mesopopulation virtually coincide with scaled up versions of the demographic functions that apply to individual reefs and that density dependence at the level of local reefs strongly influences regulation of the whole mesopopulation. Models currently under development will extend this inquiry to a single large reef, resembling our actual study reefs in the Bahamas, on which both reef structure and also larval input and adult survival rates vary dramatically from place to place. Among other things, these models will attempt to explain whatever trends arise in our upcoming field experiments in which we will artificially increase the protection from predators that gobies will experience on several of our Bahamian coral reefs.

The papers listed below span the range of subjects I have studied during my career.